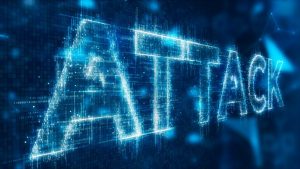 Domain Name Systems (DNS) are the traffic cops of the Internet – translating the easy-to-remember web addresses that people type into their browsers to the machine-friendly public IP addresses that actually mark locations on the Internet. But the exorbitant amount of traffic they direct also makes them one of the Internet’s weakest links, with open connections to arbitrary servers that can be easily exploited by hackers.

Attacks that cause failures in DNS can be crippling to an organization – leaving a business invisible and unreachable online. Nearly all Internet-based tasks vital to modern-day business operations are dependent on DNS, from web browsing and email to file transfers and social media posts.

And DNS isn’t only a target, it’s a vector – with clever criminals using its infrastructure to enable a wealth of malicious activity: stealing data, passing malware into DNS queries, and communicating with command and control servers. In modern networks, the DNS routes access to nearly every application.

In 2016, one of the most massive Distributed Denial of Service (DDoS) attacks ever temporarily knocked out websites for such business titans as Amazon, Twitter, Netflix, and Spotify by targeting Dyn, a leading DNS host.

The havoc DNS attacks can wreak on a business is alarming  – in 2018, the average cost of DNS attacks reached $654,000 in the U.S., an 82 percent jump over the previous year, according to a report by DARKReading. Organizations faced an average of seven DNS attacks in the past 12 months, and one in five suffered business losses as a result, the report said. A third were the victims of data theft.

The increasing sophistication of today’s DNS attacks makes them even more disruptive, as criminals transform the exploding number of unsecured Internet of Things (IoT) devices in use into massive botnets, or networks of compromised computers that receive commands from attackers. These botnets significantly increase the speed, volume, and damage caused by DNS attacks.

A recent study from Neustar found that 43 percent of companies lost at least $250,000 an hour during DDoS DNS attacks – with more than half taking at least three hours to discover the attack and 40 percent taking another three hours to respond.

Let’s take a look at the top DNS attacks that threaten the business sector:

The frequency of DNS attacks is exploding, pushing DNS protection to the top of cybersecurity concerns. But traditional monitoring techniques risk blocking legitimate traffic and slowing applications, and the decentralized, deliberately open design of DNS services makes it impossible to recognize every server in use.

Fortunately, CyberGuard360’s new CyberGlass product has a solution to these challenges: Secure DNS. It safeguards your organization by encrypting DNS traffic so that it’s opaque to hackers, effectively preventing them from seeing where it’s going and tagging along. It also serves as an umbrella that protects your business from inbound traffic that might be coming from a hacked DNS.

DNS attacks have the potential to cause crippling damage to your business by knocking out critical online infrastructure. By making DNS security an integral part of the WAN protections of its new CyberGlass product, CyberGuard360 allows your business venture onto the Internet with confidence.